As an Amazon Associate, this site earns from qualifying purchases.

Woodworking can be an enjoyable hobby or a gratifying profession, but the tools involved in the activity can be quite intimidating for beginners.

Each one can be designed for a particular task or can be quite versatile.

Getting to know or mastering the different tools can take time as they can also have a lot of replaceable parts which can be confusing.

From batteries, various bits, to saw blades; one might not even know the right ones to use for some tasks.

Such equipment that does require some parts to be changed for specific tasks is the table saw. Different types of saw blades can be used for the table saw, and each one is designed for a particular use.

It is essential to know which type of saw blade you are going to need for your kind of cut, as using the wrong one can cause significant consequences.

It can be dangerous or at the very least, ruin your project.

So, how do you know which type of saw blade is going to be needed for a specific type of cut?

That’s what we are going to be tackling in this article.

What Are the Different Types of Saw Blades?

To make it simple, we have narrowed down the different table saw blades to three types: the rip blade, cross cut blade, and the combination blade.

Upon first glance, you can already tell the difference between each type of blade.

Now, why do these blade variations exist?

This doesn’t mean that you can’t use any of the three to make any cut.

However, they might not do the job well. With the wrong type of blade, you can end up creating a messy cut.

Or even worse, you could end up having a kickback.

A kickback happens when a wood propels at very high speed back at you, which can be fatal. There are different causes for a kickback.

It could be because the wood pinched on the blade or it went against the back of the blade, causing it to propel towards the operator.

A kickback even happens without warning.

So, although you could use any saw blade to cut wood, it is far better and ideal to use the correct blade to make a neat cut and also to lessen the probability of having a kickback.

A very distinct difference between the three types of blades is the number of teeth that each one has.

Typically, a rip blade only has 24 – 30 teeth. However, it has large gullets, and its teeth have a wider face.

This is because, and as the name suggests, rip blades are meant to do rip cuts. This means cutting along the grain.

With its design, having lesser but wider teeth, it doesn’t only cut more proficiently when doing rip cuts but it also does it neatly.

Its teeth act like chisels that cut along the grain bit by bit cleanly removing chunks of the wood.

Now, what happens if you use a rip blade to do a cross cut? Imagine a chisel cutting against the grain of the wood.

The chisel does get some of the wood, but it also tears it in the process.

In other words, it means that you won’t get a neat cut when trying to do a crosscut with a rip blade.

The Cross Cut blade has the most number of teeth among the three types of saw blades. It can have as much as 60 to 90 teeth.

However, unlike the rip blade, it has thinner teeth. The number of teeth and smaller gullets allow for a clean cross cut, although it does it at a slower pace.

It works by cutting the wood against its grain with thin blades with high angles followed by a clean out tooth.

This way, even as it cuts through the wood against its grain, it makes a clean and fine cut.

If a cross cut blade happens to be used for a rip cut, what happens is that it will struggle to take out more chunks and it will also cause some tears.

As the name suggests, the combination blade is a mix of a rip blade and a cross cut blade.

A combination blade can be used for both rip cutting and cross cutting.

Although it does get the job done, the downside of using this blade is that it’s just an “okay” blade to use for the job.

A combination blade has around 50 teeth. It can take care of any cut but take note of its downside.

If your project doesn’t require a super fine cut, then a combination blade can be ideal.

However, if you do need very fine cuts, then its best to use a dedicated rip or cross cut blades.

Conclusion on choosing right table saw blade for your project

Regardless of the type of blade, you are going to use; it is important to make sure that the blade is sharp.

Otherwise, you would still risk having problems. We hope this article has helped you with learning more about the different types of saw blades and choosing the right one for a specific task.

Share this with your friends so they may also learn something new about choosing the right table saw blade. 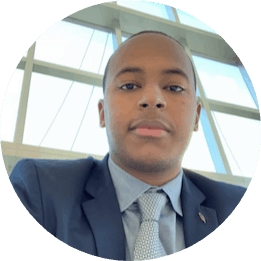 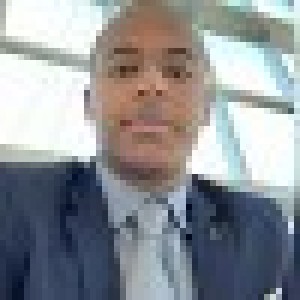